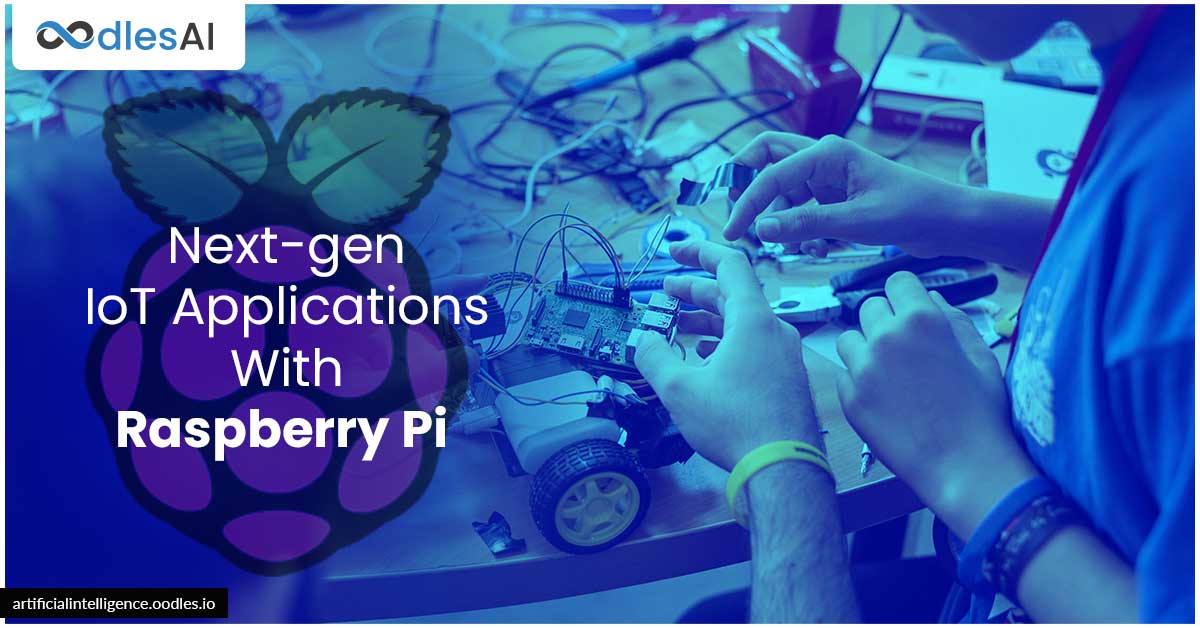 With an estimated market worth of $156 Billion by 2024, the Internet of Things (IoT) is the new horizon for industrial advancement. The confluence of IoT applications with Raspberry Pi, a powerful microcomputer, is enabling businesses to embrace technology more efficiently.

We, at Oodles, as an AI Development Company, presents how businesses can capitalize on disruptive technologies to build next-gen applications.

The Whats, Hows, and Whys of IoT Applications with Raspberry Pi

The pathway to Industry 4.0 is laden with automated industrial systems powered by IoT devices, 5G connectivity, and Artificial Intelligence. It is, therefore, imperative for evolving businesses to understand how and why these technologies are central to innovation and growth.

What is IoT and Raspberry Pi?

The Internet of Things is a network of physical devices, automobiles, and appliances embedded with sensors and connectivity. It is this “Internet” enabling the “things” to collect, transmit, and exchange data over a network without human intervention. IoT’s umbrella includes smart devices, security systems, cars, home appliances, autonomous industrial equipment, wearable gadgets, wireless trackers, medical devices, and more. 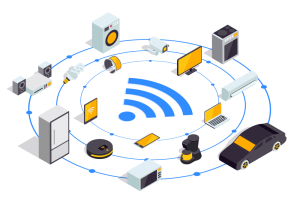 Today, the tally of connected IoT devices has surpassed the human population with over 30 billion IoT devices networking in 2020.

Raspberry Pi is a mini, card-sized computer capable of performing every desktop task such as internet browsing, coding, gaming, etc. A cost-effective, powerful, and developer-friendly computer, Raspberry Pi is beginning to disrupt traditional, high-energy consuming IT setups for small and medium businesses. 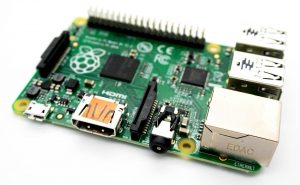 For businesses, Raspberry Pi is not a replacement of heavy IT infrastructure, however, Pi is efficient for-

a) Setting up a low-cost server for handling light websites

How can IoT Applications use Raspberry Pi?

With an in-built quadcore processor, Raspberry Pi can serve as the “Internet Gateway” for IoT devices. Powered by a cloud network, Pi acts as a web server for uploading and transiting sensor data on IoT platforms. Custom code, an operating system, a Python library, and a cloud network are all it takes to use Pi Computer as a web server.

Businesses can easily run and control IoT applications like smart home devices, weather stations, agricultural designs, and more using Raspberry Pi. A blueprint of IoT implementation using Raspberry Pi is demonstrated by the students of the Nashik Savitrabhai Phule Pune University, as below- 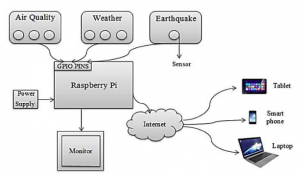 We, at Oodles, are a team of AI enthusiasts constantly exploring the most efficient and scalable ways of building automated enterprise applications. We believe that Raspberry Pi, IoT, 5G, and machine learning are the frontiers of the Industry 4.0 vision.

Why should Businesses Build IoT Applications with Raspberry Pi?

In addition to the cost and time-effectiveness of Raspberry Pi, the mini web server has immense capabilities to run multitudes of data-driven applications. However, before commencing a project, businesses must note the data security risks involved in using the open-source Pi computer. To ensure optimum security, the Oodles AI team employs standard tactics like regular code reviews, encryption, hash algorithms, and more. 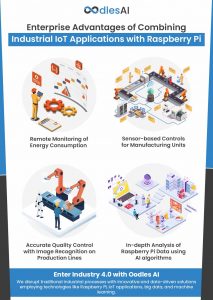 A step further to Raspberry Pi-based IoT applications is the amalgamation of AI and machine learning for IoT data analytics. AI technology is the future of analyzing enormous IoT-generated data on the edge and cloud using various algorithms and frameworks.

Amid the pandemic, remote monitoring has become more essential for tracking patient health, maintaining equipment, managing inventory, and more. Use cases of IoT applications with Raspberry Pi for remote monitoring extend to healthcare, manufacturing, pharmaceutical, surveillance, and other industries.

During these difficult times, an IoT application built by the Oodles AI team assists the caretakers of dementia patients in monitoring their well-being remotely. The solution connects smart home devices and wearable fitness gadgets to transmit health data such as temperature, oxygen saturation, and pulse. 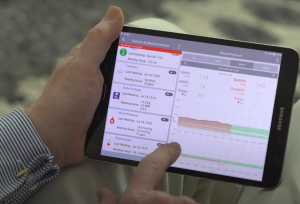 The solution’s USP is machine learning that identifies and alerts monitoring dashboards for changes detected in behavioral patterns of the patients.

Agriculture and animal farming are one of the largest contributing sectors to the global economy, yet highly undermined for technological revolutions. With affordable technologies like IoT and Raspberry Pi, farmers are now achieving better yields, maintaining assets, and making better farming decisions.

We, at Oodles, built a low-cost IoT application for tracking farm animals and utilizing their biological data to make better trading decisions.

The solution involved the usage of animal tags for collecting biomedical data including heart rate and mass muscle. Also, the tags record GPS data including movement, temperature, and location for the farmers to monitor and identify pattern anomalies. Alerts, input costs, and revenues are communicated to farmers to take preemptive actions for effective animal care and optimum profitability.

As an experiential Computer Vision Development Company, we at Oodles can build robust applications of face recognition integrated with IoT devices. 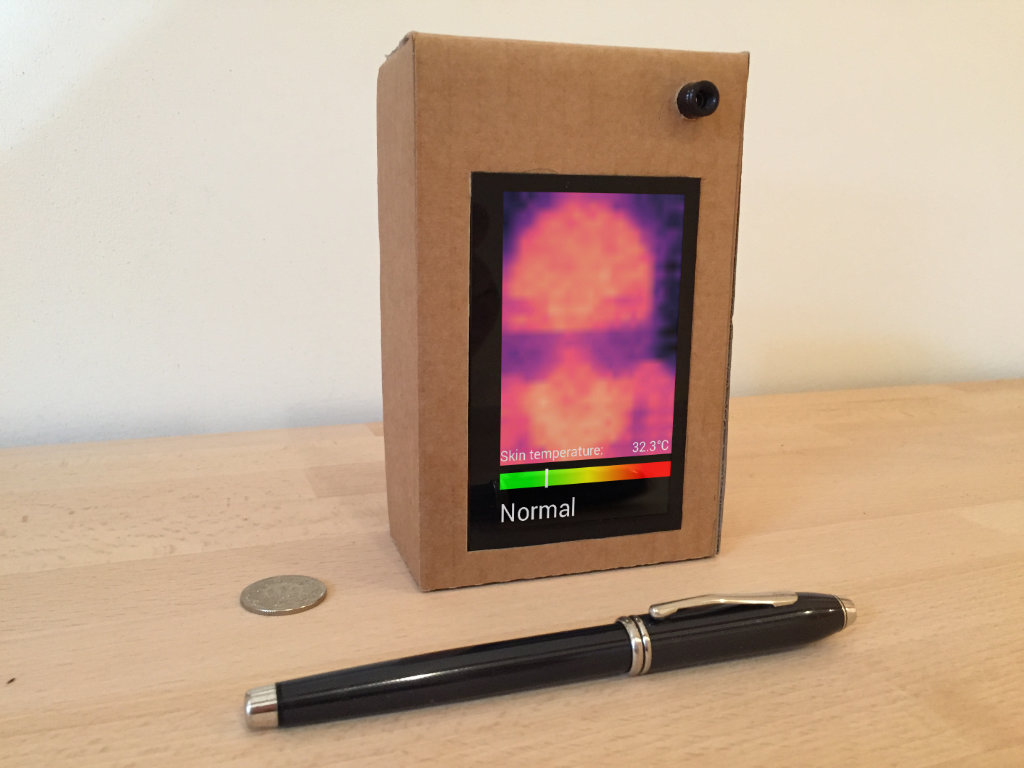 The device is easily portable and can be fixed in tripod stands for people to reassure their body temperature themselves.

We are entering a new normal where industries, businesses, and households require the support of advanced technologies to ensure 360-degree viability.

Come together with the Oodles AI team to harness the power of machine learning, IoT, 5G, and other resilient technologies.