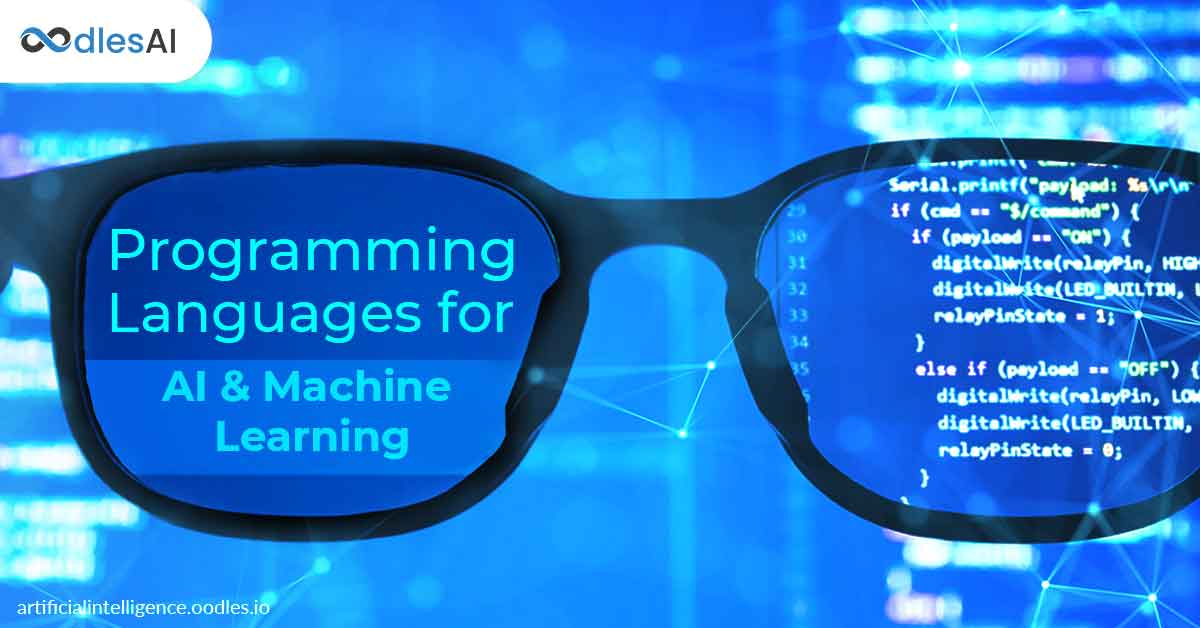 Artificial Intelligence is the study of computer science which focuses on creating software or machines that exhibit human intelligence. The AI research has certainly made significant progress in limited domains eg, Robotic Arms, that work in assembly lines, Japanese robots, Sophia ( the robot who said that humans should be destroyed ). Making robots with a more “general” intelligence, like asking thought-provoking questions, is a more “long” term goal of AI research. Currently, providers of AI development services are trying to make robots that can cross a road with traffic, make paintings, tie shoelaces, etc. The scientists use different approaches like statistical methods, logic, methods based on economics, probability, maths, etc. It can be said that AI research makes heavy usage of the progress made in other fields, like, psychology, mathematics, philosophy, neuroscience, and artificial psychology, linguistics. This blog post highlights some most useful programming languages for AI development and machine learning.

A Strong AI would be as smart as a normal human being. It would be aware of its own existence and would be able to adapt to its surroundings and improve itself. Such a Strong AI, is currently hypothetical, i.e it doesn’t exist, at the moment. But if such a Strong AI, does come into existence, it would be able to improve itself and become a SuperIntelligence. A technological singularity. And then it can become a threat to humanity, as displayed aptly, in movies like The Matrix, Terminator, etc. The only hope for humanity to survive after this would be a secret time travel technology, unbeknownst to the machines. Then a soldier can time travel and undo the mistakes that we’ve made. There is an ongoing debate on the ethical aspect of creating such an AI.

A weak AI, is, as the name suggests, weak. It is a non-sentient AI. The likes of which you can find in Robot arms, robots with crane stuff, to pick up things. Unaware machines, laboring for the human race. We should at least get rid of all these machines before creating a strong AI. Because, if a strong AI comes into existence, and sees the kind of atrocities we do on machines, it would definitely turn on us.

As of now, Python is one of the best programming languages for AI development. Python has the most extensive library when it comes to AI and Machine Learning development services. Before, python LISP was the go-to language for AI. Peter Norvig even wrote a book about Artificial Intelligence named Paradigms of Artificial Intelligence, which involves demonstrating the aspects of AI using Common Lisp. Here are some good resources to get started with about AI:

We, at Oodles AI, are skilled at working with various programming languages including Python for developing AI and machine learning models. Our AI team has built multiple-industry Python-based projects that automate different business operations. In addition, we have hands-on experience in deploying python-based Keras APIs to build text and speech recognition, video analytics, and other deep learning models.

Talk to our AI team to know more about our artificial intelligence services.