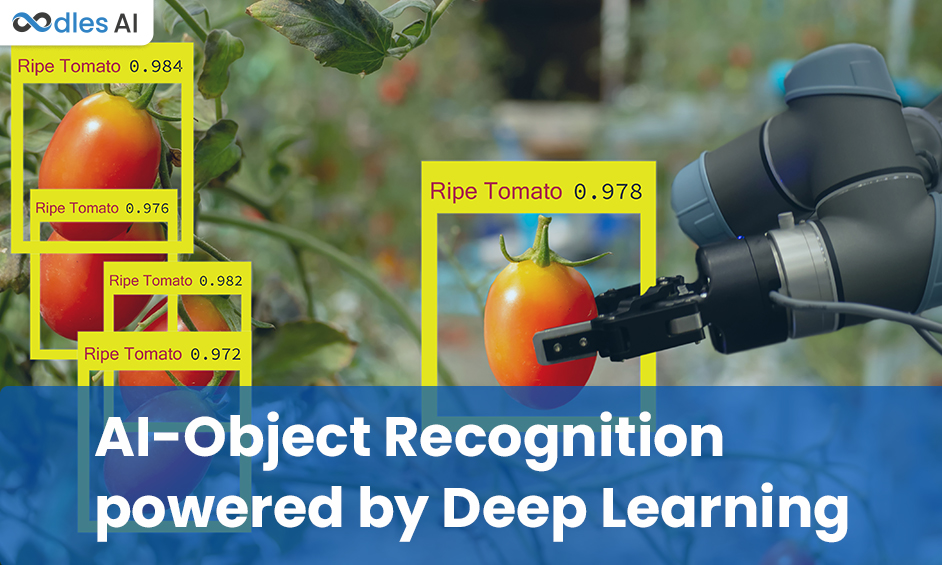 Humans look at an image and immediately know what object it is and how it is used. The human visual system is precise and quick allowing us to perform various complex tasks just in the blink of an eye. Making machines with artificial intelligence to mimic human-like behavior has been the talk of the town since the inception of AI and computer vision.

But how can a machine sense and detect objects as better as humans?  We’ll try to answer this question in the following article.

In simple terms, object detection is used to detect and recognise various objects present in an image or video. It is also used to label them to classify these objects. Object localization and Object detection typically use complex algorithms to accomplish this recognition and localization of objects. These algorithms employ deep learning methods to generate meaningful results.

Image classification comprises allocating a class label to an image, whereas object localization involves rendering a boundary around objects in a snap. Object detection is more challenging. It combines classification and localization. It draws a boundary box around each object of engagement in the image and assigns them a class label in the process. Together, all of these collectively are referred to as object recognition. 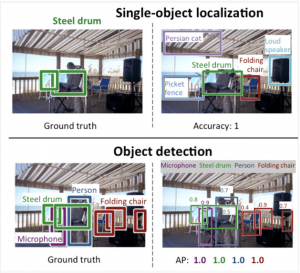 To obtain complete image recognition, we should consider recognizing different images by strictly visualizing the objects’ concepts and positions in each image. This method usually consists of various sub-methods such as face recognition, pedestrian recognition, and skeleton recognition.

As one of the basic computer vision problems, object recognition can provide vital information for the semantic understanding of videos and images and relates to many applications by adding image classifications, facial recognition, and human behavior analysis. The object detection pipelines mainly consist of Informative/Target area selection, Feature extraction, and Classification.

Now that we are familiar with object localization and detection, let’s look at various approaches used in Object recognition methods.

Machine learning approaches must define characteristics using one of the following methods and then use methods such as Scaling Invariant Feature Transformation (SIFT) and the Support Vector Machine (SVM) to carry out the classification further. On the other hand, deep learning techniques can perform end-to-end object recognition without precisely defining any technique and are typically based on (CNN ) Convolutional Neural Networks.

➡ Capturing a preview image that consists of a portion of a scene.

➡ Creating a user interface including the preview image.

➡ Performing object recognition on the preview image to recognize a set of elements.

➡ Adding the first set of areas of interest based on object detection to the first preview image.

(a). Support Vector Machines (SVM):– SVMs work by making histograms of target objects from the images. The algorithm then takes the test picture and analyzes the trained histogram values with those of multiple picture parts to check for positive matches.

(b).  Viola-Jones Algorithm:- A prominently-used facial recognition pre-CNN (Convolutional Neural Network) algorithm works by scanning and extracting features from the faces, which are then passed through a boosting classifier. This, in turn, generates several boosted classifiers that create a positive result which is used to check test images.

(c). Bag of Features Models:-   It contains Maximally Stable Extremal Regions (MSER) and Scale Invariant Feature Transformation (SIFT) work by taking the image to be scanned and a sample photo of the object as reference. It then matches the features from the sample photo to various parts of the target image for positive matches.

Deep learning methodology has fundamentally changed machine learning and computer vision. Convolutional Neural Networks (CNN) and Deep Neural Networks (DNN) are revolutionizing Object Recognition. Not only are they more durable and deliver the best detection results, but they can also detect multiple instances of an object from within an image, even when the image is slightly altered, stretched, or wrapped.

In object recognition, CNN’s are also called Deep Image Recognition. Not only is CNN durable and delivers the best detection, but it can also detect multiple instances of an object from within a single image, even if it is slightly stretched, warped, or altered.

Object recognition algorithm applied by YOLO (You Only Look Once) to a photo in a dense area.

Deep learning models such as SSD, YOLO, and R-CNN use convolution layers to parse an image. During training the model, each layer of convolution acts like a filter that learns to recognize various aspects of the image before it is passed on to the next.

One layer processes shapes, another colors, and so on. In the end, a composite outcome of all the layers is collectively taken into account when determining a positive match.

Before employing Neural Networks, the favoured approach for recognizing objects in AI was to design algorithms to look for pre-planned features in an image. To do this, the programmers were required to have a more profound knowledge of Big data and earnestly manage each feature detection algorithm. After implementing Neural Networks, the effort of pre-deciding each feature detector is dispensed with a more specific and practical object detected data.

The benefit of the neural network over traditional algorithms lies in various aspects.

➡ Neural Networks are self-adaptive data-driven algorithms. They require minimum to no prior knowledge of the data or any underlying properties.

➡ Second, is their ability to produce absolute accuracy.

➡ And thirdly, neural networks can predict the succeeding probabilities, which provides the basis for learning and establishing classification rules and implementing statistical analysis beforehand.

Kick-start your project with OodlesAI. We use several Deep Neural Network libraries and Machine Learning algorithms to produce scalable machine learning models, meeting industry-specific requirements. Have a look at the stack of the library used by us.

How to implement object detection in your organization?

Let’s understand this with an example. In micro-surgical operations, the robots and neural networks are powered with Computer vision and Object recognition methods to detect medical instruments and avoid foreign body retention in the body. Real-time emotions backed by Facial Recognition of patients are seen to analyze how patients are feeling.

What need specific models of neural networks that can:-

➡ Allow easy storing and databasing of this data and allow automating notification procedures depending on the results.

By this time, we are clear that object detection uses computer vision and deep learning to work with video streams, files, and images. It also helps in providing features to identify the different objects. Object recognition is one of the primary tasks in the computer vision process.

Object detection is bursting into a wide range of industries. Object recognition and detection are applied in various computer vision areas such as Image retrieval, surveillance, security, automated vehicle systems, and machine inspection in the mechanical sector.

It also has widespread application prospects in areas such as warnings of danger signs in factories, road traffic accident prevention, military area monitoring, and advanced human-computer interaction.  Since the application scenarios of multi-target detection in the real world are usually variable and complex, balancing accuracy and computing is the key. The possibilities are limitless for the future of object detection, but significant challenges still stay in the field of object recognition.

With OodlesAI, you do not have to worry about finding ML talent, building models from scratch, knowing the cloud infrastructure or deployment methods. All you need is a business problem and leave the solution to us.

As a Technical Content Writer, Anmol is passionate about technology and content strategies. He loves to write about Artificial Intelligence and possess an in-depth knowledge of various topics like front-end development, back-end development, ChatBots, and much more. When outside the office, you can find him on a volleyball court.