Artificial Intelligence and Olympics: Present and the Future 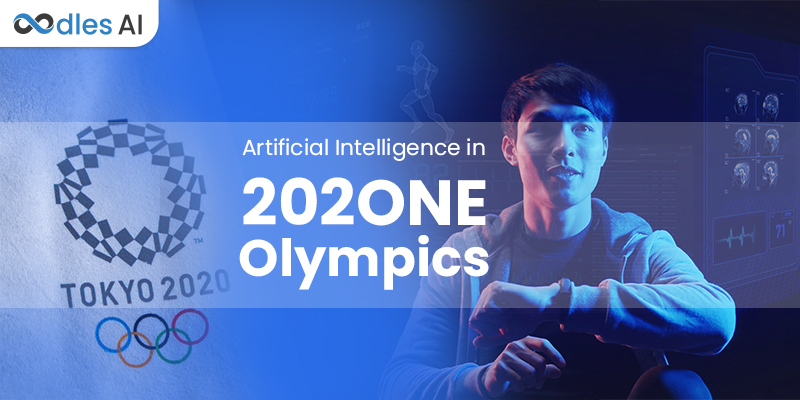 The world of sports is rich in calculative features, making it ideal for applying AI. Artificial intelligence systems in sports have become conventional in recent years. Given the positive sway they’ve had as their talents have grown, they’ll continue to make intelligent invasions into the world of sports.

Artificial intelligence is changing the way fans view sports and players play the game.
While Artificial Intelligence methods experienced a boom with the rise of expert tools in the 1980s, such methods were initially only applied in isolated sports. Notably, the first win of a computer against a world champion came in Chess (Deep Blue vs. Garry Kasparov) in 1997. This illuminated the high potential of AI in the sports and tracks industry.

As the 2020 Tokyo Olympics Games are just around the corner, let’s look at how emerging technologies like AI and ML are being used behind such international events to give users a world-class experience. In fact, this Olympic will be the first event to make extensive use of Virtual, Mixed, and Augmented Reality to power AI-backed tools in sports at this level.
Emerging AI-backed tech in sports is going to change how we experience the Olympics and other events; let’s have a look at how. 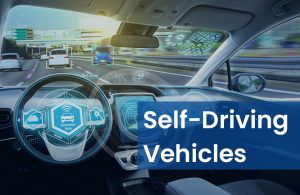 Machine Learning powered remote-controlled vehicles are already being programmed in a way to bring athletics equipment such as javelins, discuses, and hammers back to athletes for more than a decade. Keeping the tradition, Tokyo 2020 will have various AI-powered self-driving vehicles.

The Field Support Robot Vehicle (FSR) uses sensors and cameras to retrieve these items by determining the best route to travel to the destination. It will slash the time, and the number of staff or volunteers will be reduced seeing the ongoing pandemic condition. Staff members will load the item into the vehicle, returning it to the athletes waiting for their next attempt.

Toyota, the Official partner of the Olympic committee, has also planned a Human Support Robot Vvehicle (HSR) to guide spectators to their seats. At the same time, a driverless Delivery Support Robot Vehicle (DSR) will bring items such as food, drinks, and merchandise to them during the action.

AI tools power self-driving car systems by providing them vast amounts of data using image recognition systems, along with neural networks and machine learning, to build systems that can drive autonomously. These trained neural networks identify patterns from the data, which is fed to the ML algorithms. Data includes images from cameras mounted on self-driving cars. The predictive analysis-based neural network learns to identify traffic lights, pedestrians, street signs, navigation paths, and other parts to accelerate the body. The sensors positioned in the car enable it to turn accordingly, and the cloud-based navigation services help it get to the desired destination. 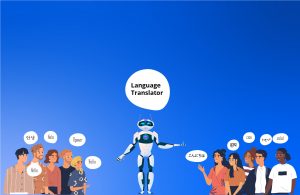 Instant Language translators for the players:-

Language is one of the prominent barriers at such a renowned global event, i.e., in this event athletes, and staff from all over the world are coming to Japan. AI-backed real-time translation systems are installed on smartphones or other compatible devices, enabling the user to select the target language, speak into the device, and subsequently deliver the spoken words in the targeted language. It will make the communication significantly more accessible and more fluent between the people speaking different languages. 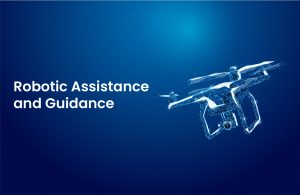 AI-powered athlete tracking tools, cloud-based broadcasting services, and outrage of 5G are set to shine at the event, but AI-backed robotics will be the most eye-catching display in the Olympic village.

A plethora of robots are arranged to roam in and around the event providing information on game venues, transportation schedules, event scores, directions, ticketing information, etc. These robots will also paint murals on the walls in and around the entire venue and add flavor to the event. In addition to this, they will also assist the staff with cleaning the Olympic venus after the game. Robots will also be helping judges with scoring in most of the gymnastics events.

International Olympic Committee (IOC) has officially partnered with Toyota to use robots to improve the efficiency and accessibility of the games, with AI and Analytics set to play a crucial role.

During the PyeongChang 2018 Winter Olympic Games, the South Korean government deployed a humanoid robot named HUBO, which made history by carrying the Olympic torch and eventually passing it to another robot named FX-2. 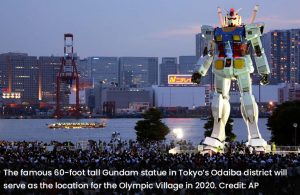 In addition, Toyota has designed two robots after the games’ mascots— Someity and Miraitowa. These pink and blue robots are designed to greet people by responding to human interactions, thanks to the embedded cameras, sensors, and digital ‘eyes.

AI-powered T-TR1, a telepresence robot that includes a vast display unit and cameras, collectively mounted on wheels. Its large display will be used to project life-size images for a realistic, life-like virtual experience facilitating interaction between people by providing a virtual ‘in-game’ experience in 8K. 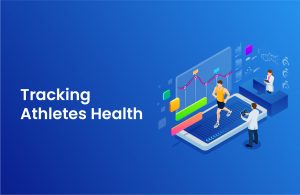 Monitoring athletes is significant because as competition is fierce, the area targeted practice becomes crucial. Coaches and athletes used AI-backed tools that provide information based on the athletes’ performance and location on the field, giving them the extra edge in the competition.

Data drive AI, and data analysis counts heavily on athlete development. With AI and Data analysis, athletes can not only identify their own performance, but the opposition’s as well. Sports like softball, basketball, and field hockey are using Artificial technology to track the number of times the ball has been hit, bounced, or even kicked. It also helps to predict the outcome of when to shoot, hit or pass a ball.

Oodles AI, an AI Development Company, highlights how AI-driven fitness apps can adapt to the challenges an athlete puts forward to be the best in the world. 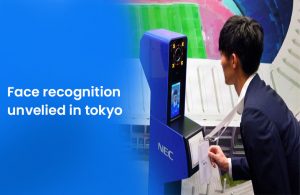 Face recognition as a security tool:-

Every world-class event has security concerns. There are numerous cases of fraud and misplacement, which burdens the system throughout the event. To tackle this, organizers of the Olympic committee have unveiled accurate biometrics and facial recognition security tools.

ID card misuse and theft can be immediately detected by accurately verifying people’s identity through collating information from their ID cards with the AI-powered facial recognition system.

Security is one of the chief concerns throughout the world. Oodles AI, a prominent Computer Vision Application Development Service provider, derives meaningful and insightful information by extracting the desired information, quickly analyzing the resources, automating the visual inspection, and classifying information extracted from images and videos.

The last time Tokyo hosted the Summer Olympics in 1964, they revealed one of the largest mic drops in transportation history: The bullet train, which paved the way for current maglev trains and the Hyperloop. The Olympic Games will be the most futuristic Olympics to date, and it’s only going to get better.