What is the goal of ML testing?

First, what are we trying to achieve when we do ML tests, as well as other software tests?

Quality assurance is required to ensure that the software system operates according to requirements. Are all the features done as agreed? Does the system behave as expected? All parameters you test the system should be specified in the document.

In addition, software testing has the ability to identify all defects and errors during development. You don’t want your clients to come in contact with bed bugs after the software has been released and come to you punching. A variety of tests allow us to catch bugs that are only visible during operation.

However, in machine learning, the programmer often includes the required details and behaviors, and the concept is defined by the machine. This is especially true for deep learning. Therefore, the purpose of machine learning tests, first of all, is to ensure that the concept being studied will remain consistent, no matter how often we call the system.

The trained ML model is much more complex than our previous example of comparing two numbers with a symbol. What variables should we keep in mind when it comes to predicting a model artifact at that time? Let's start with some basics:

Extending from a single parallel line, we should be able to generate the same metric points in the same test data used to test the model. Ignoring the fact that the metrics are correct or not, we want you to be able to check that they are not changing.

The model should make predictions under a certain period of time. Some sophisticated input data may cause the model to take longer to make predictions than in less complex inputs, but there should be a higher limit to measure.

Models make predictions, but they have to go along with their predictions. Like humans, unless a model learns something new, it can only produce results with information currently known. There is time and space for online learning, but I will not delve too deeply into this topic.

In order to test consistency, we need our test cases to look at many other types of input data. Consider using the entire sample of data used to test the model. These are details that were not included in the model training, but have real results that you can compare with the model guesses. To ensure that the model determines, we will not compare model predictions with actual results, but with initial predictions this model is made on the same set of data.

Perhaps you are concerned that your data coming out of the sample does not cover enough inputs that may be your model. You can calculate the total number of lines required to fully test your model.

Today, this encompasses much of what we understand as artificial intelligence.
In contrast, speculative analytics make adjustments to algorithms in production, depending on the results returned to the software. In other words, the app better understands how to apply its rules based on how those rules worked in the past.

Both of these systems have similar features. First, there is no productive “direct” effect. In fact, in some cases, they may even produce the wrong result. But they are very useful in many cases where the data is already in the relationship between the recorded input and the intended result.

How to write model tests?

Therefore, to write the model tests, we need to cover several issues: 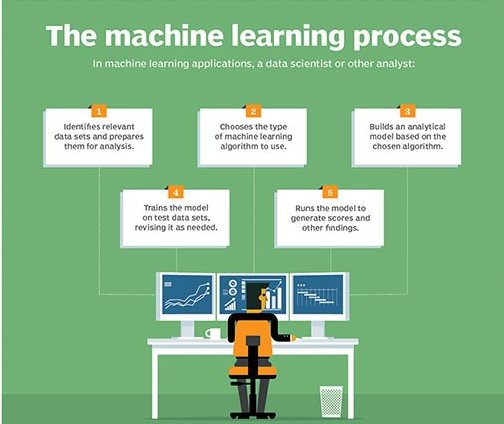 Organizations that use continuous testing within Agile and DevOps use multiple types of testing several times a day. This includes unit, API, functionality, accessibility, integration and other types of testing.

With each test, the amount of test data performed increases significantly, making the decision-making process more difficult. From understanding what the key issues are in the product, by identifying less uncertain test cases and other areas to focus on, ML in test reporting and analysis makes life easier for managers.

With AI / ML systems, managers should be able to better cut dice test data, understand styles and patterns, measure business risk, and make decisions quickly and consistently. For example, learning which CI tasks are more important or longer, which of the sub-tests platforms (mobile, web, desktop) is more flawed than others.

Without the help of AI or machine learning, the task is flawed, manual and sometimes impossible. With AI / ML, test data analysts have the opportunity to add features around:

What Testers need to know

Here are some of the key points.

When considering ML within the DevOps pipeline, it is also important to look at how ML is able to analyze and monitor progressive CI constructions, and identify trends within structural acceptance tests, unit or API tests, and other test areas. The ML algorithm can look at the entire CI pipeline and highlight frequently built, long or inefficient constructions. In today's reality, the construction of CI is often pale, often failing without proper attention. As ML enters this process, the faster the price the shorter the cycle and the more stable the construction, which translates into faster response for developers and saves costs to the business.

There is no doubt that ML will build the next generation of software bugs with new phases and troubleshooting. But most importantly, it will increase the quality and efficiency of the output.

For example, monitoring your model after it has been used. Production software programs need to be monitored to ensure they work as intended. While our experiments assert that the model does not change, we cannot test how real-world input into our model changes and causes negative predictions. This is an important step in the management of model change.
Examining the speculation interface and model behavior will ensure that engineers understand the performance of the model and maintain systems that are resistant to bugs. ML models will be widely used, the most common self-testing methods will be very important in future software development.

Sanjana is a QA Engineer with skills in Manual Testing and always eager to learn new technologies.