Detectron2 is an open-source project of Facebook Artificial Intelligence Research (FAIR) Team which is designed and developed to cater to the needs of finding objects in the motion picture and still images. Detectron2 as the name suggests its the next generation of Detectron. Detectron is written in python with caffe2 deep learning network but the successor version i.e. Detectron2 it's written in Python with PyTorch as the deep-learning network which was also developed by FAIR.

Detectron2 is the best illustration of how computer vision can help in getting insights into the various human task in which sometimes human vision can fail. Some popular examples of where computer vision can be used are self-driving vehicles, into the security at very crowded areas, in Optical-Character Recognition of a running car number plates, human expression detection by using smile detection and face detection algorithms, in medical imaging where we need a more precise and swift tracking of deformable anatomical objects such as heart.

So what's new in Detectron2

1: It is provided with the capabilities of the new and stable PyTorch.
2: It has some new features such as panoptic segmentation, densepose, cascade R-CNN.

Detectron2 is flexible and can be extended, and is provided with the feature to be trained on single or multiple GPUs ( Graphical Processing Units). Along with densepose, panoptic features, pyramid networks it also has the number of variants of the Mask R-CNN model which is also developed and maintained by FAIR as well.

PyTorch: Pytorch allows natural powerful programming model which lets the researchers loop through the model-design and experiments rapidly. Since detectron2 is written from scratch using Pytorch now the researchers have the benefit of Pytorch deep-learning approach as well.

Modular Design Pattern: As we know modular design pattern means the ability to add and remove the things from any part of the system that's same with detectron2 as users can almost add custom module implementation into almost any part of the object detection.

New Models and Features: Detectron2 has all the previous models that were in original Detectron such as Faster R-CNN, Mask R-CNN, densepose and RetinaNet. It also contains some new models such as Cascade R-CNN, Panoptic FPN, and TensorMask as well. More algorithms are being added by FAIR in continuation. FAIR has also added a new feature which is synchronous batch Norm and also has support for LVIS kind of datasets.

Fast and Scalable: Since the whole training part is moved to the Graphical Processing Units (GPUs) detectron2 has become faster than original detectron. Also with its distribution of training to multiple GPU servers its now possible to scale the training to the comparatively larger and larger datasets. 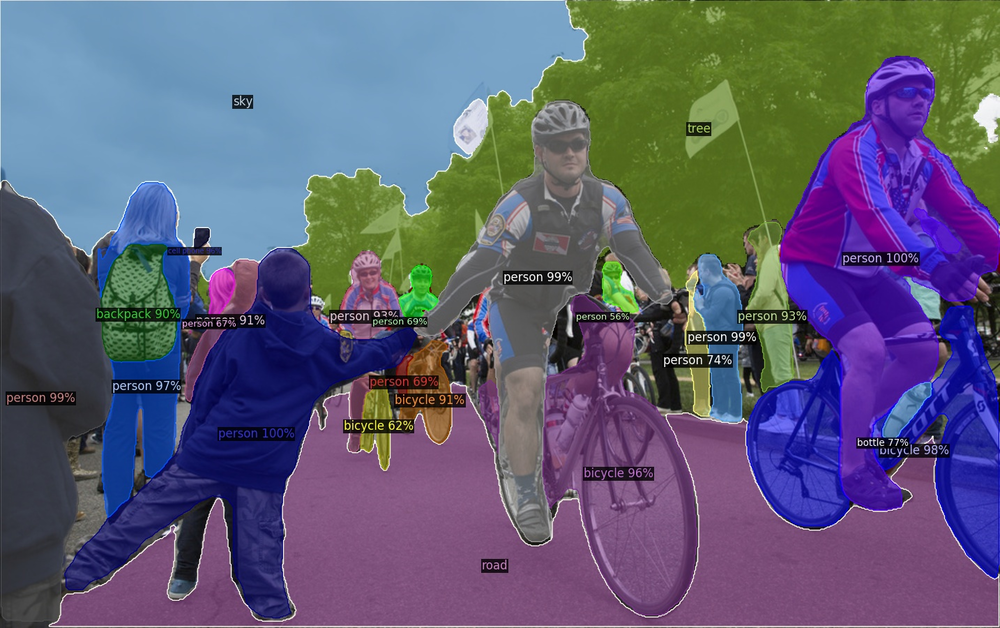 That's all for now. See you in next.