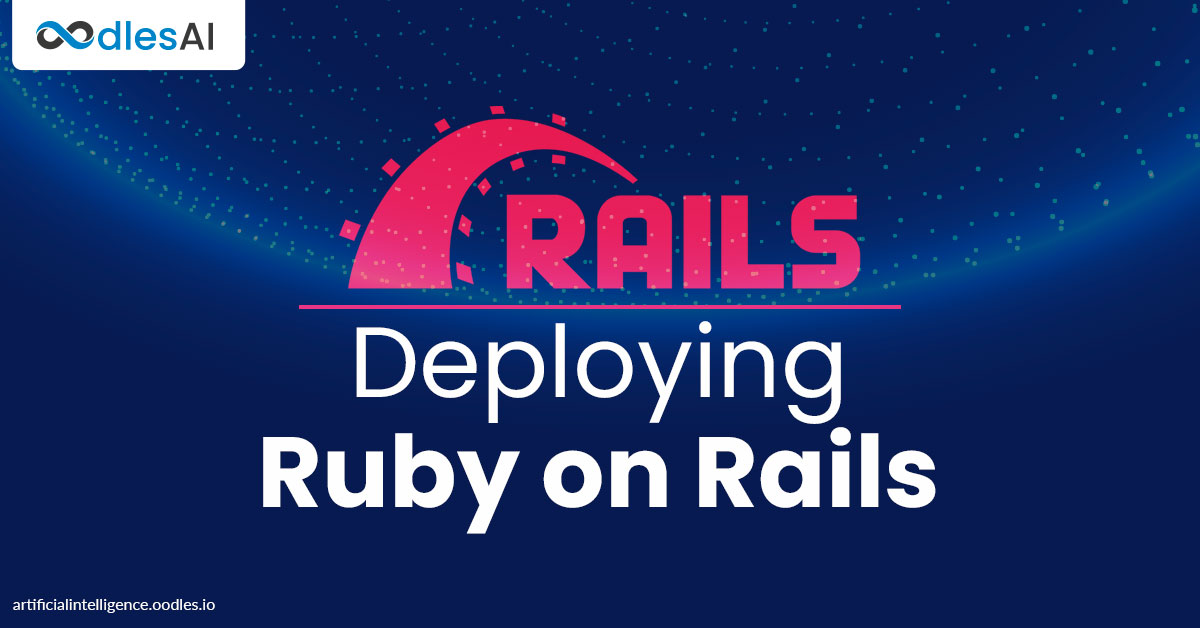 Rails is a server-side web application framework written in ruby language. It is a web development tool that adds backend and frontend skills. It allows developers to deploy and write less code compared to other web-frameworks. Rails have everything which needs to create a database-backend web application. Rails offer to handle routing, data, asset management, etc. In this blog post, we will learn how to deploy Ruby on Rails in easy-to-follow steps.

We, at Oodles, as an evolving Machine Learning Development Company, are constantly experimenting with automation technologies and different programming languages like Ruby, Python, Java, and more to build resilient AI solutions.

There are two basic principles of rails as given below-

1. Don’t Repeat Yourself – It allows us to not writing the same code over and over again. by this, our code is more maintainable and more extensible.

2. Convention Over Configuration – Rails can make effective assumptions about what a programmer wishes to do and his way of doing it.

Rail is a model–view–controller (MVC) framework to create a database-backend web application. Important Key to understanding the rails we have to first understand the MVC pattern which divides your application into three layers:

(a) Model (A model represents the information data such as a person, product, company, etc.. )

Follow the below steps to configure and deploy your app.

Step1: check the required software and Update the gem.

Steps3: Pull the project repo from your  VCS.

Step4: install and update all the bundles in your project.

Step5: check rails and if you haven't yet then install it.

Step6: go to project database config/database.yml and configure it according to your DB details.

Step7: Now you have your database configured, it’s time to have Rails create an empty database and migrate it for you by running below cmd.

This will create and migrate your DB according to your previous configuration.

Step8: Connection should be allowed on port 3000.

Step10: Bind your IP because in the above  It will run the server on localhost and default port 3000

In the above, we can start the server either rails s or rails s --binding=your_server_ip and navigate to your application at either http://localhost:3000 or http://your_server_ip:3000.

As already mentioned above, Rails is a web framework which gives developer to work in a way such as isolated env from users, easier way to develop code and keeping code dry. Here we've deployed a pre-existing project app on bitbucket in a simple way. For better security and performance of the app site, you should configure your rails app using Nginx in the production.