Angular vs React : A quick comparison

JavaScript is the essential programming language, not only on the client-side but also on the server-side. Unfortunately, the number of frameworks and libraries makes it very difficult to define a simple strategy for a company.

The main difference being, Angular is a framework powered by Google, and React a javascript library introduced by Facebook to build dynamic user interfaces. With Angular, you've got less flexibility than React; the framework dictates how you make the apps and provides all the necessary tools to write down SPAs. 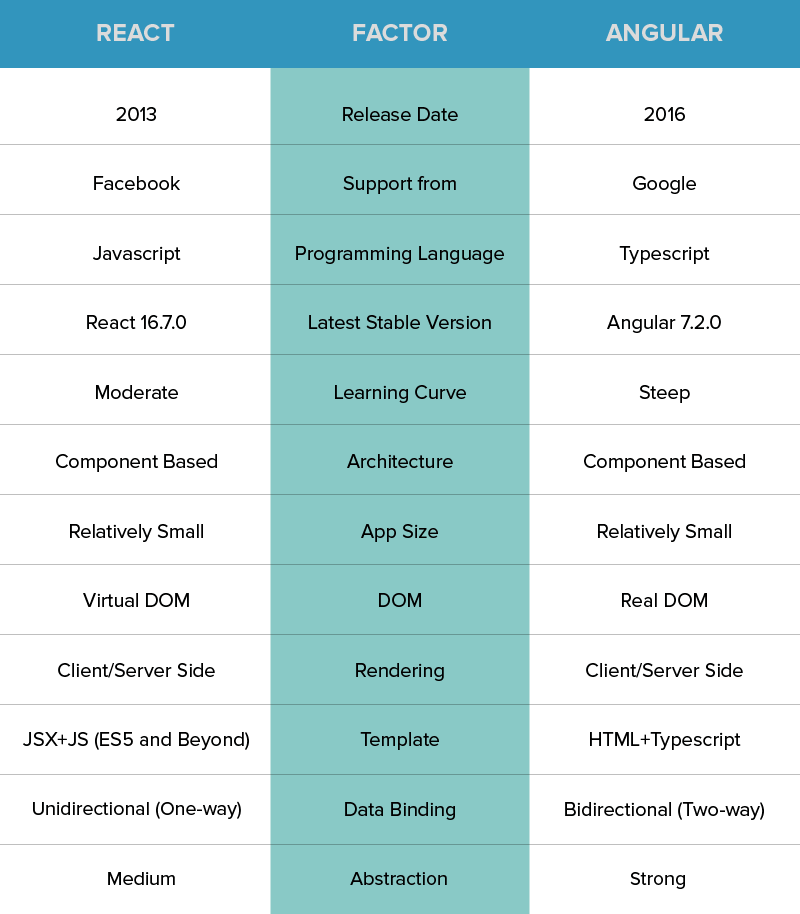 React is a lightweight library that you can use to make SPAs. With React, you would like to settle on your libraries and learn them, and with Angular, they're included within the framework.

Let us discuss them in detail.

It is based on typescript, which is a superset of javascript. If you come from the Java world, learning Angular will be a cup of tea. It uses the same Object-oriented principles and patterns.

It is Portable. You'll use it for web apps and also mobile using Ionic or NativeScript. You'll have several other options:

It is based on JavaScript and used widely for developing reusable HTML elements. It would be great if you've already got JavaScript developers within the team.

Rajat is working as Front-End developer, having good knowledge of HTML5, CSS3, Bootstrap 4, Javascript and React JS. He loves listening to music and learn about new technologies.