AI roles in the robotics and what difference between AI and Robot. 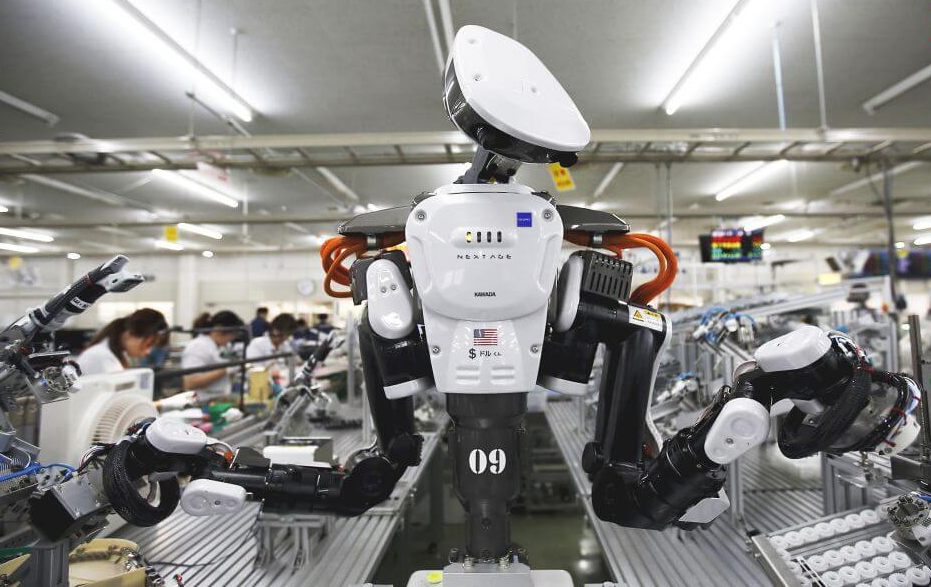 What is Artificial Intelligence

The ingenuity to create a computer science branch that makes machines that can solve problems and learn the same from humans. Using some new AIs such as machine learning and enhanced learning, algorithms can learn and modify their actions based on inputs from their location without human intervention. Artificial intelligence technology has been used to some degree in almost every industry from the world of finance to manufacturing, health care to consumer goods and more. For practical examples and more in-depth explanations, check out my website section dedicated to AI.

The ultimate goal is to build artificial intelligence to create professional systems that can work as human resources, and to make machines work with people like intelligence.

Without AI, the system can only answer certain pre-set questions. Adjustments can only be made by making changes to the system and the structure of the entire system. While there is AI, the system can answer frequently asked questions about any problem, as it adapts and reads on its own. So any changes that need to be made are easy to use without getting the result of the program.

These are the main areas of AI performance

Robots are machines that are programmed to perform complex tasks without human intervention. People especially see robots in movies so they have little idea of ??what real robots do or look like. But everyone knows Terminator, Star Wars, Matrix, etc. Unplanned YouTube videos feature a variety of robots such as the robotic humanoid or the robotic cheetah of the subject, introducing someone else who will be a robotic scientist. In contrast, robots are becoming more efficient and different than ever before. Robots are often portrayed as being so reckless in their pursuit of dangerous tasks, easily and without requiring humans to do them.

What is the main use of robots

What are integrated robots of artificial intelligence

Artificial Intelligence asks for the necessary information about different ways of thinking. From how information should be represented and how it should be used. Robotics, on the other hand, bring artificial intelligence to the real world and deal with things in real time.

Specific methods and procedures designed to solve cognitive problems do not always include AI and robots. While robots work with mechanical devices such as computers, effectors and sensors; Artificial intelligence contributes to your thinking and perception.

So, together, Robotics and AI can create new ways to solve problems and work well together.

Robots often have pre-programmed programs designed to perform a specific set of tasks to a certain extent. But an ingenious robot that can be programmed to perform tasks such as the ability to detect and analyze objects automatically. And software robots like web browsers can search the entire Internet quickly and with metered data.

It can independently identify, analyze and understand important details from one or more images and thus provide visual insight.

Other jobs it can do are -

Recognizing the importance of computer screening technology, we at Skyfi Labs have introduced a series of course-designed courses to help you become proficient. These lessons are designed to help you learn the concept of computer vision by creating new performance projects. You can view a list of projects based on computer vision. 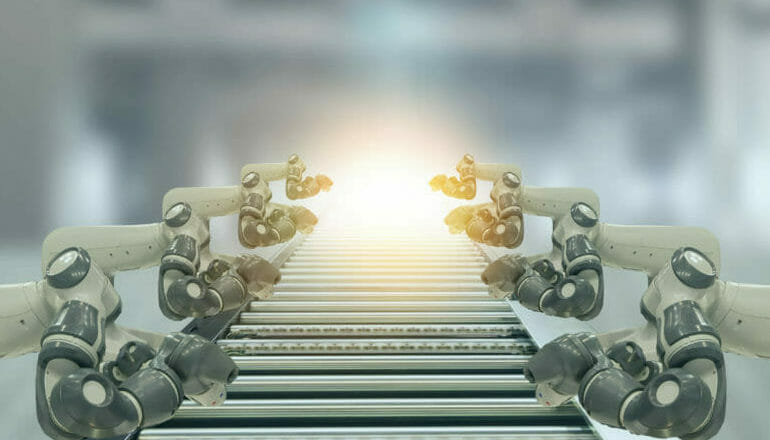 How AI is used in Robotics

Intelligent robots are enabled and controlled by AI programs. This combination has great potential, and has the potential to transform the way we do activities in various fields, from health care to food to production. Although there is no extreme overlap, artificial intelligence has become commonplace in robotic projects. That’s because it introduces new flexibility and learning capabilities. Previously robots could only perform pre-programmed tasks, artificial intelligence allows them to learn to perform tasks in a variety of situations.

For example, production has long been used using robotic technology. And with the advent of artificial intelligence, these robots can do things they have never done before. With state-of-the-art technology, AI can help robots detect and detect information in more detail, determine how best to hold or lift an object, and avoid obstacles as they move. All of this helps to save time and money, a benefit that can be replicated in all industries. Supply chain and logistic applications are also some of the key industries that take advantage of early intelligent robotic capabilities, and these technologies are expected to have a transformative impact on many other sectors.

Difference between AI and Robotics

How is the field of artificial intelligence different from a robot? They are often used differently, so the differences can be difficult to understand. In short, the two fields are slightly different but not identical. Robots are involved in designing, building, and organizing physical robots. Although there are conflicting ideas about what a robot is, it is generally accepted that they interact with the physical world with sensors and actuators, are programmed, and independent or independent.

If you’ve heard about mechatronics, you may be wondering if it’s the same thing and how this field might be combined with artificial intelligence. In short, they are all different orders. Mechatronics is a combination of mechanical, electrical, and computer engineering. While similar to a robot, inputs are delivered to mechatronic systems and not to robotic systems where they find themselves on their own. Mechatronics, like robots, can go beyond AI but it doesn't have to happen.

On the other hand, artificial intelligence is a completely different field. It is a branch of computer science that involves the construction of computers to complete tasks that often require human ingenuity. These algorithms can deal with learning, observation, problem solving, language comprehension, or consultation. And they are used everywhere, from Amazon's search engine, to Siri, in your spam folder. Plus, you can hear the word learning machine. This is a special way of training AI algorithm based on the idea that giving machines access to data and letting them learn is an effective way to improve artificial intelligence. Not all AI is powered by machine learning, but a growing part of it.

There are robots that have nothing to do with artificial intelligence, and artificial intelligence that does not involve robots. Programs that do not involve AI simply form a defined sequence of events, while AI programs attempt to mimic a certain type of human ingenuity. The two areas are not mutually exclusive, but there are times when the two are overlapping. This is the space where we get smart robots.